Props for the ‘Possum

I’ve never given the opossum a second thought unless it happened to scurry across my path in the approaching dusk. Ghostly, ghastly, pallid and grotesque, there were so many more colorful things in life to give my attention to.

If Gracie hadn’t caught one, I’d still think that way.
Of course, after seeing one close up… close enough to take a photograph, I was intrigued.
What an interesting looking creature.
My, what big teeth it has.
What does it eat?

Thank you Google – all my questions were answered and I have to share my new-found knowledge about and “props” for the heretofore unknown and unappreciated ‘possum.

Before I reveal what I’ve learned, I must first elaborate a little more on Gracie’s successful hunt. This was the other evening. The days are getting a little longer and my husband took her out to hunt just before dark.  She flew up from his glove, immediately spotted the unlucky opossum and dove for it. As soon as my husband saw her go for it, his heart sank as he knew there could be a fight – either one could die. He ran over to her as she tried to subdue her prey and reached her in time to help her dispatch the creature.  It was twice her weight (2200 grams). The opossum punctured Gracie’s foot with its teeth, but she’s o.k. 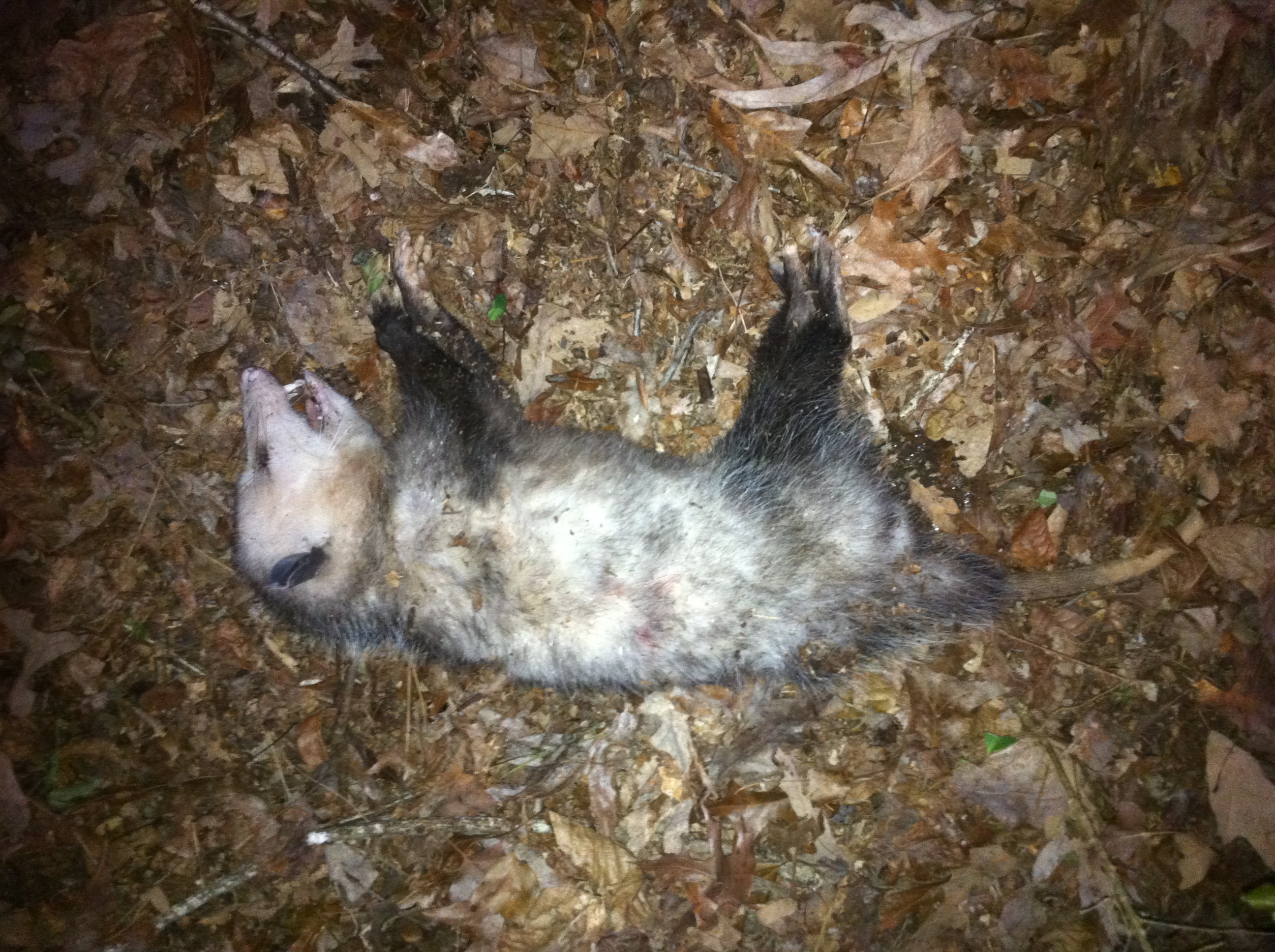 Here’s where we put on our big girl pants and look beyond the grisly photos above. The opossum is beautifully and intelligently designed, the same as something pretty like a butterfly, baby deer or canary. Maybe they’re not cuddly or cute, but I’ve realized that they do deserve some air time.

Here’s what I found:

Hopefully, I’ve given the ‘possum a proper nod and that if you ever see one, you’ll look past their long snouts, sharp teeth, beady black eyes, oily skin, coarse fur, parasite-carrying, rabies resistant bodies and appreciate what’s good about them.

What do you think? Cute or gross?