You may have been one of those people who excelled at sports (and if you were, I really do admire you), however, I was never among that elite group of fit, perky, energetic individuals that could kick &@!$% in their chosen field. For me, it was a series of painful, embarrassing, awkward moments and Sysyphean tasks. Phys Ed was my nemesis. No happy, no joy. Which leads me to the point of this post.

I glimpsed P.E. joy this weekend.

Would you believe that a local college actually had falconry as a credit for P.E.?

This college offered a class presented by a falconer/raptor rehabilitator. A master falconer (who was also a coach at the college), organized the presentation and invited some other falconers to attend (my hubs included).  I tagged along and took a few photos.

As I sat in the classroom (reminiscing about the horrors of P.E.), I looked around at the students and wondered why they took this class.  Did they want to become falconers or did they hate P.E. as much as I did? Whatever the reason, not only did they escape the wrath of sweaty athletics, the door of a fascinating sport was opened to them. Only time will tell if any of them will walk through it and join the select group of those who have embraced the pursuit of falconry.

Here are a few photos taken from (at present) the only college-level falconry course in the country. 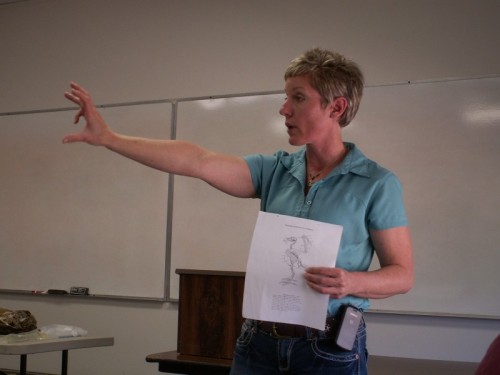 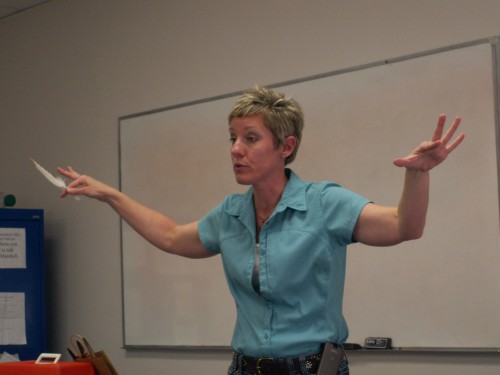 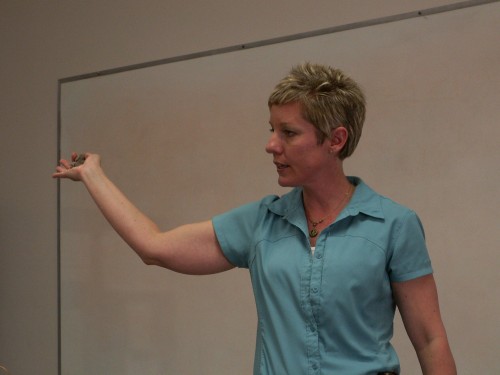 Presenting the Cast (An egg-shaped ball, consisting of feathers, bones, etc., which all hawks throw up after the nutritious part of their food has been digested.) 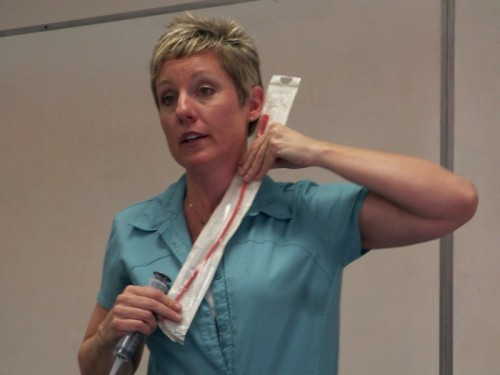 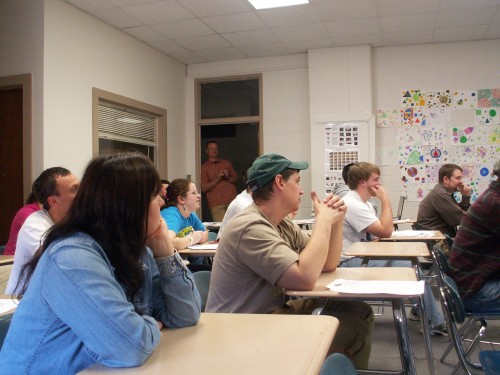 Classroom filled with students and falconers 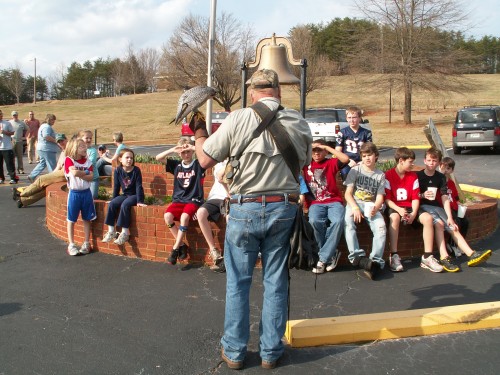 An outside demonstration after the class

After the class for college students and demonstration for children was over, the students and falconers split up into different groups and went hunting. 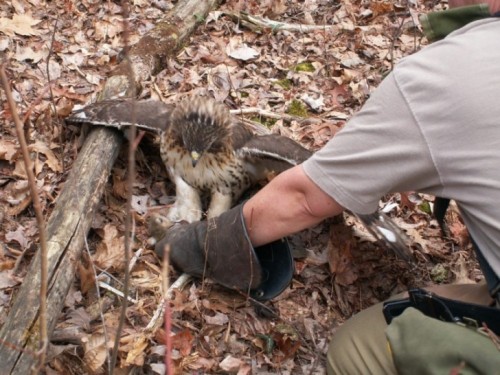 I now have a new, albeit grudging respect for P.E.

What about you, did you like P.E.? (wait – before you say anything, take a moment to reminisce on the fetid stench of muggy locker rooms, heinous polyester shorts, bad hair days, being 13, cruel temperature extremes, archaic equipment and the fascist attitudes that often go with the teaching of team sports – sorry coaches. )

Ok, now you can answer.