My husband recently decided to let Gracie, his first red-tailed hawk, fly free. Only 20% of most hawks in the wild make it to maturity (due to many reasons including disease and poisoning from eating tainted rodents). A hawk that has an opportunity to be with a falconer has a greater chance of surviving when it is released, as it will be stronger and healthier than if it were in the wild.  I had a chance to take a few photos before he released her: 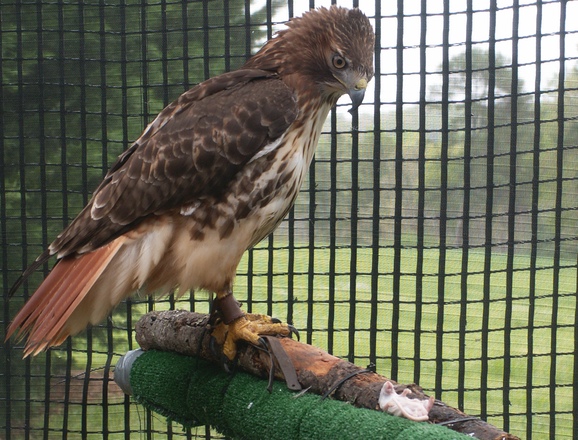 Gracie about to eat her last easy meal. 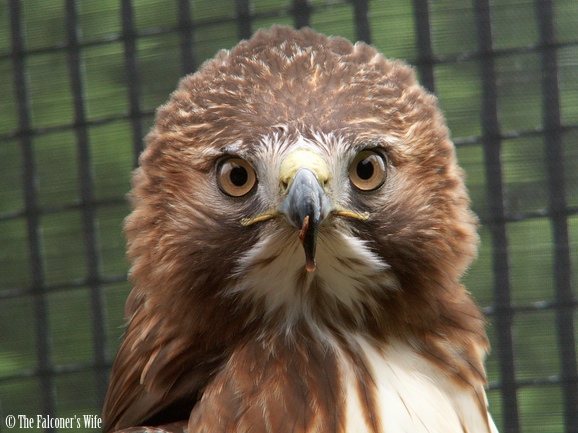 Gracie after eating that mouse. 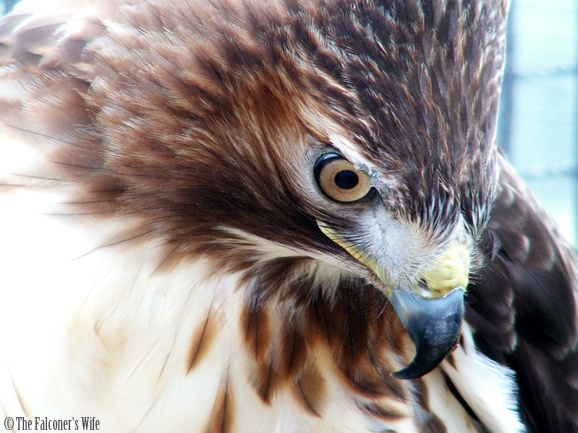 She has such beautiful color and angles. 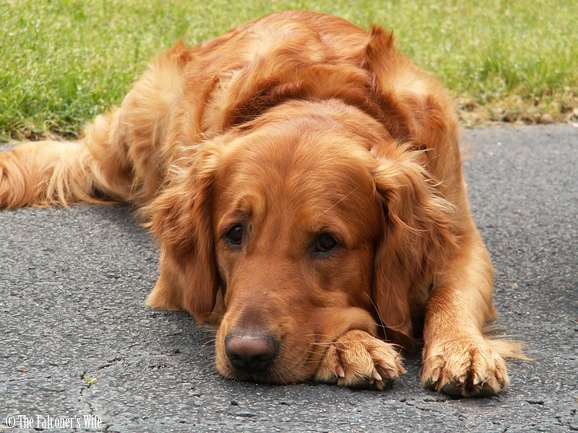 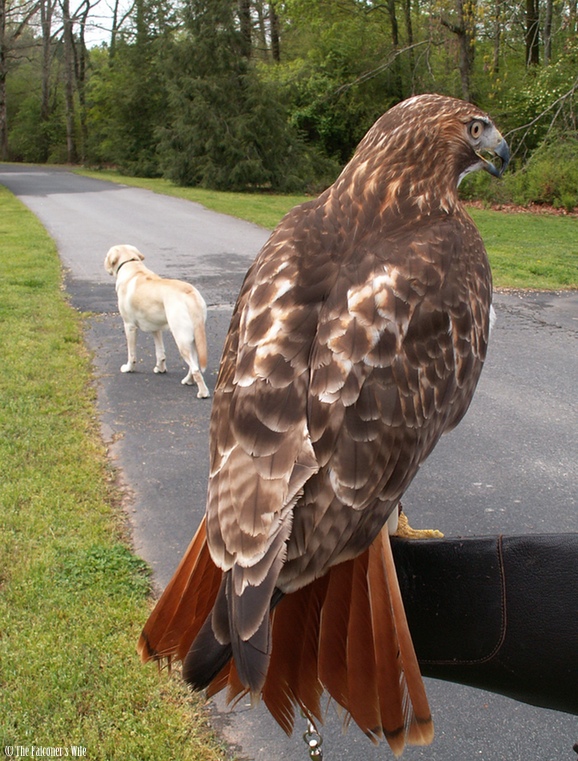 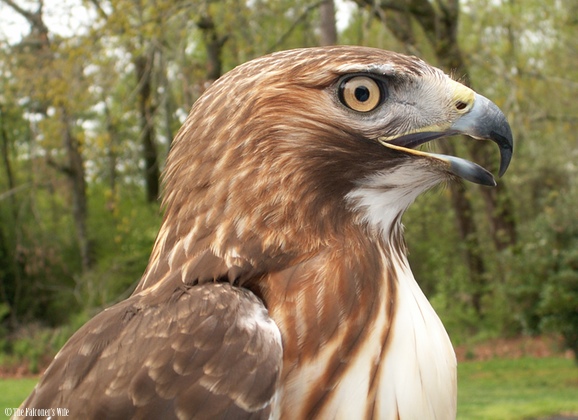 A Profile of Gracie 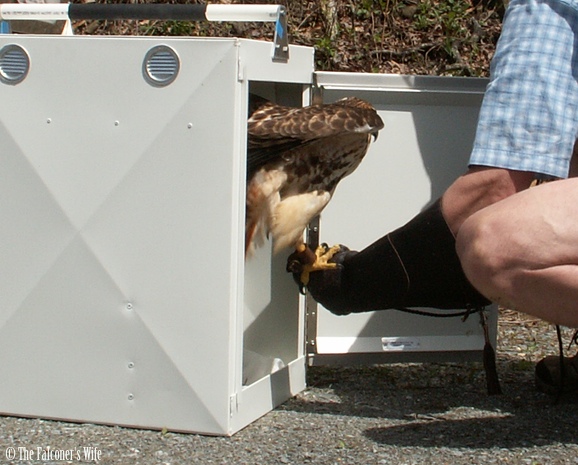 Just about to be released. 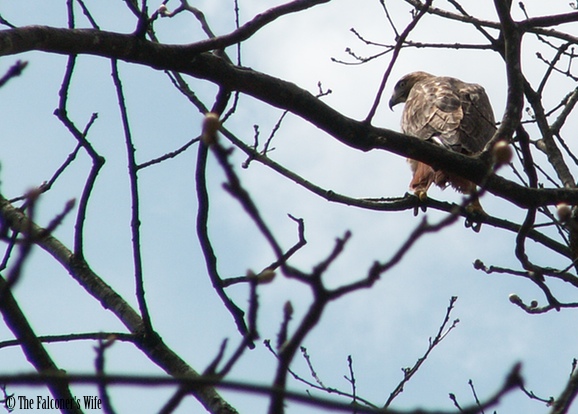 Gracie sits in the tree, unsure of her new found freedom. 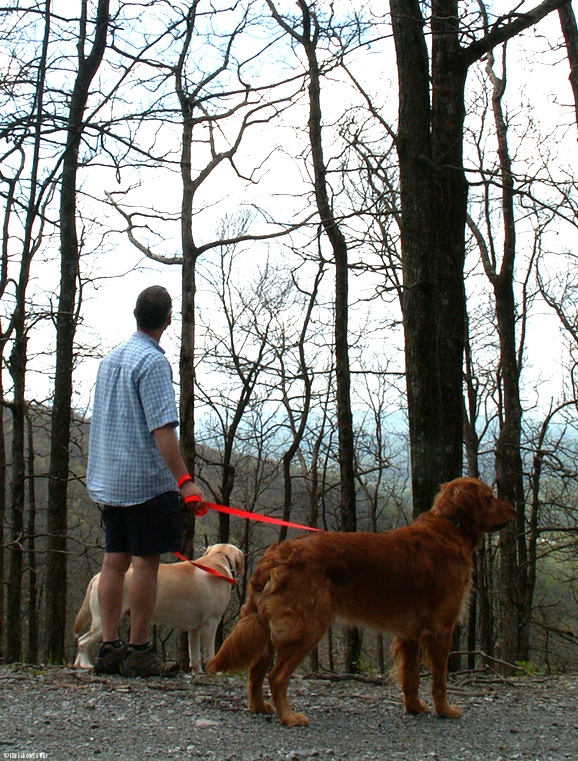 My husband, saying a final farewell to Gracie. 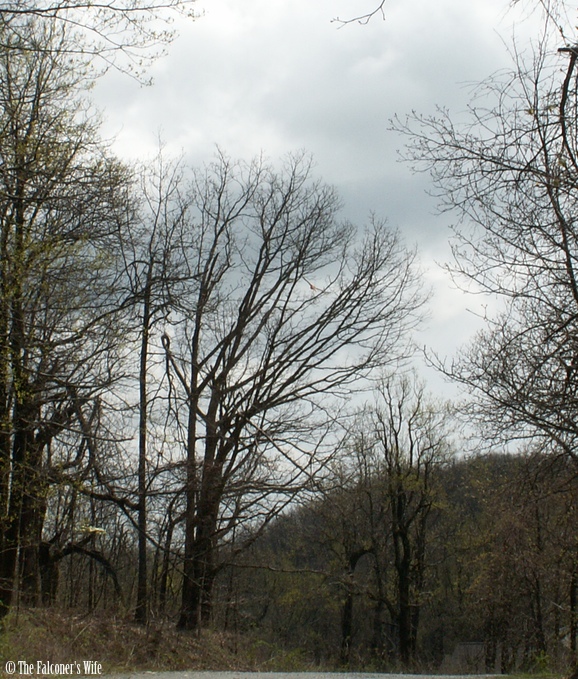 Gracie finally flies away after about 15 minutes. Can you find her flying in the trees?

My husband has a new hawk now, a male, whose name is Oz. Stay tuned for photos and news about this new addition to our family!